Reliant is an independent account management and payment processing company which acts as a neutral intermediary between two parties. Reliant is capable of providing payment processing services to consumers, attorneys, bankruptcy trustees, tax resolution providers, debt relief providers, and more. Our services allow consumers and businesses the ability to store and distribute funds to creditors and service providers in a highly secure manner.

Processing payments for individuals and business-to-business

When consumers find their debts become unmanageable, debt relief offers a viable alternative to bankruptcy and allows them to settle their debt for less than the total amount owed, putting them on a path to financial freedom. Per federal regulations, companies that market debt relief via telephone sales must not take any fee for their services before a debt has been settled and a payment has been made to the settled debt. That is where Reliant comes in. As a neutral third-party, Reliant provides a special purpose account for the consumer to deposit funds in accordance with their debt relief program that will be held in a highly secure manner, under the customer’s control. These funds can be used to pay settled debts and fees per the debt relief company’s instruction with the customer’s permission.

A lawyer who receives funds that belong to a client must place those funds in a trust account separate from the lawyer’s own funds. Many lawyers will use an IOLTA account for this purpose; however, that places the burden of accounting on their shoulders. Reliant’s account management services assists the attorney by providing accurate account balances, detailed reporting, and efficient processing.

While Reliant specializes in payment processing for debt relief industries our platform is very versatile as we can offer ACH processing for any industry. We welcome the opportunity to review your business needs and customize a payment solution for you.

ACH Payments may not be appropriate for every transaction. Reliant offers a breadth of payment options including but not limited to paper check, wire transfer, pay-by-phone and credit card. Please note that credit card payments are not available for debt relief programs.

Reliant has focused on providing payment processing and account management services to niche industries that require a more complex process than point-of-sale or person-to-person money transfers. Reliant is a leading payment processor for the debt relief industry and is continually searching for new processing verticals to enter. An industry leader in regulatory compliance

Reliant maintains active memberships with CDRI and AFCC that keeps us up to date with regulatory changes nationwide. We pride ourselves on our A+ rating from the Better Business Bureau, and we are constantly improving, engaging in numerous third-party audits annually. 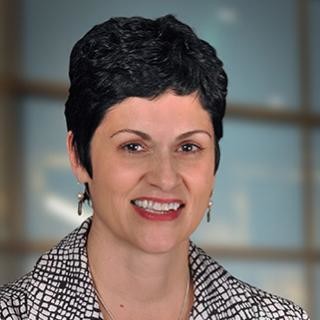 Ms. Janssen recently joined Reliant and is responsible for overseeing all operations of the company. Ms. Janssen is an accomplished payments and Fintech executive with more than 25 years of C level leadership including technology, operations, customer service, fraud/risk, compliance and key acquisitions at several global Financial Services providers. She has served as COO of Bankers Trust from 2016-2018, CEO of CDS Global a division of Hearst Corporation from 2012-2015, Group Executive at MasterCard Worldwide managing their global debit and prepaid processing businesses from 2009-2012, President of First Data Debit Services from 2004-2006, and 19 years at FIS Global in various leadership roles – SVP Payment processing 2008-2009, CEO of eFunds and CIO of M&I Data from 1984-1998. Ms. Janssen is a graduate of the University of Wisconsin with a Bachelor's degree in Liberal Arts. 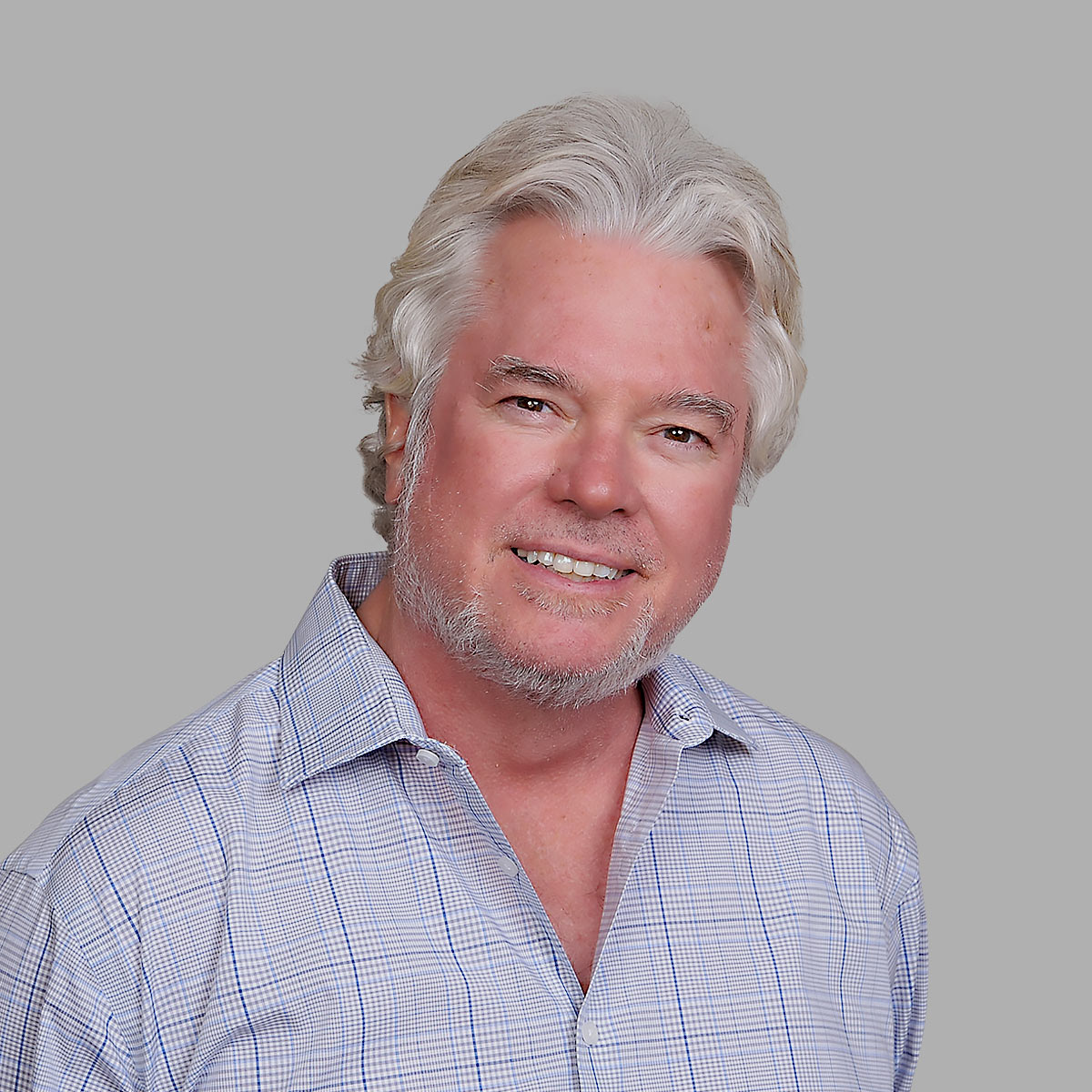 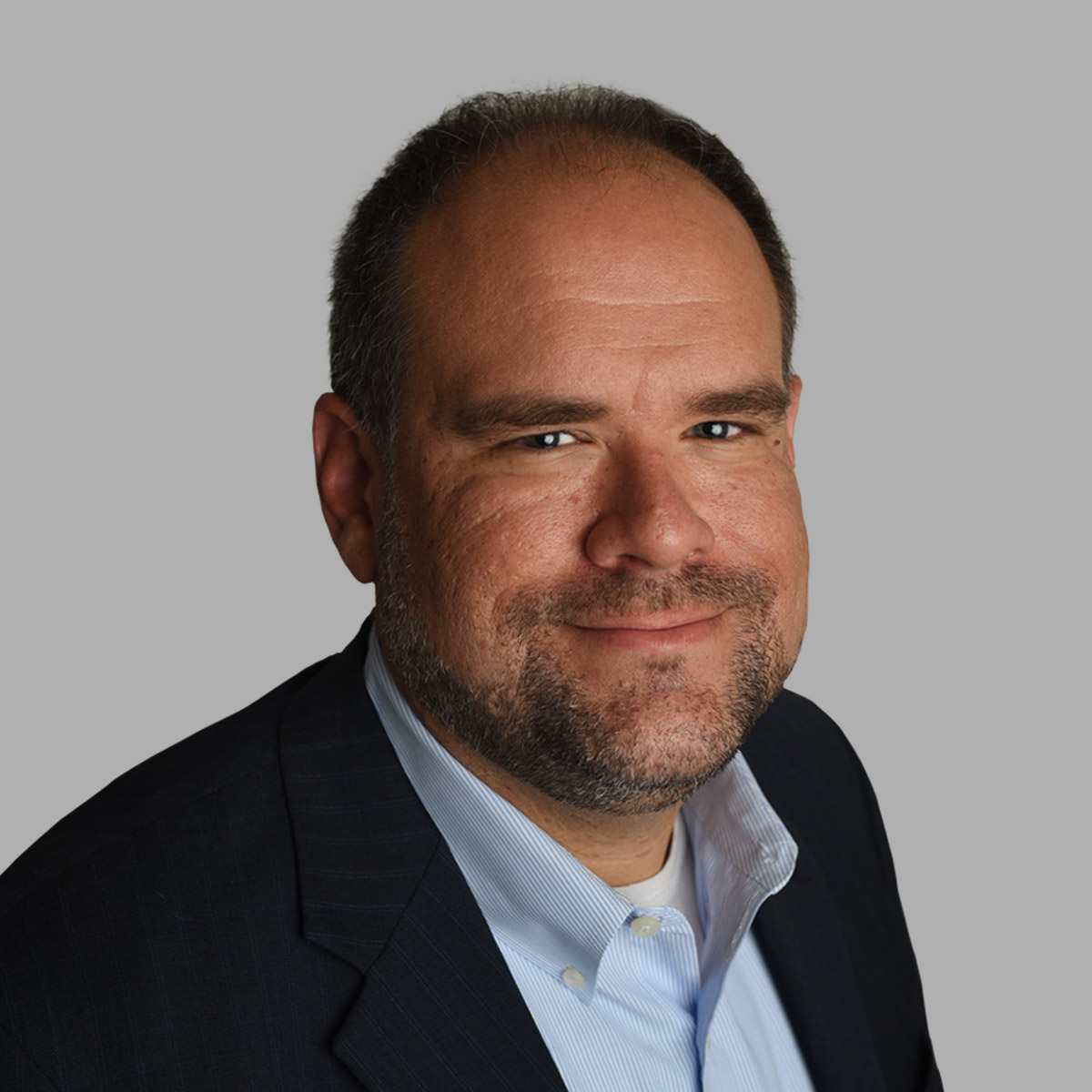 Mr. McCulley joined Reliant as Deputy General Counsel and Chief Risk & Compliance Officer in August 2020. In that role, he led our regulatory compliance and addressed corporate legal initiatives. He was then promoted to General Counsel on July 1, 2021. Prior to joining Reliant, Mr. McCulley served as Vice President of Servicing Compliance for Ocwen Financial Corporation (NYSE: OCN). Prior to Ocwen, Mr. McCulley was Chief Compliance Officer and Ombudsman for the State of New Jersey Higher Education Student Assistance Authority. Mr. McCulley holds a Juris Doctor degree from Rutgers and a Bachelor of Arts in Political Science from Villanova. He is a licensed attorney in New Jersey and Pennsylvania. 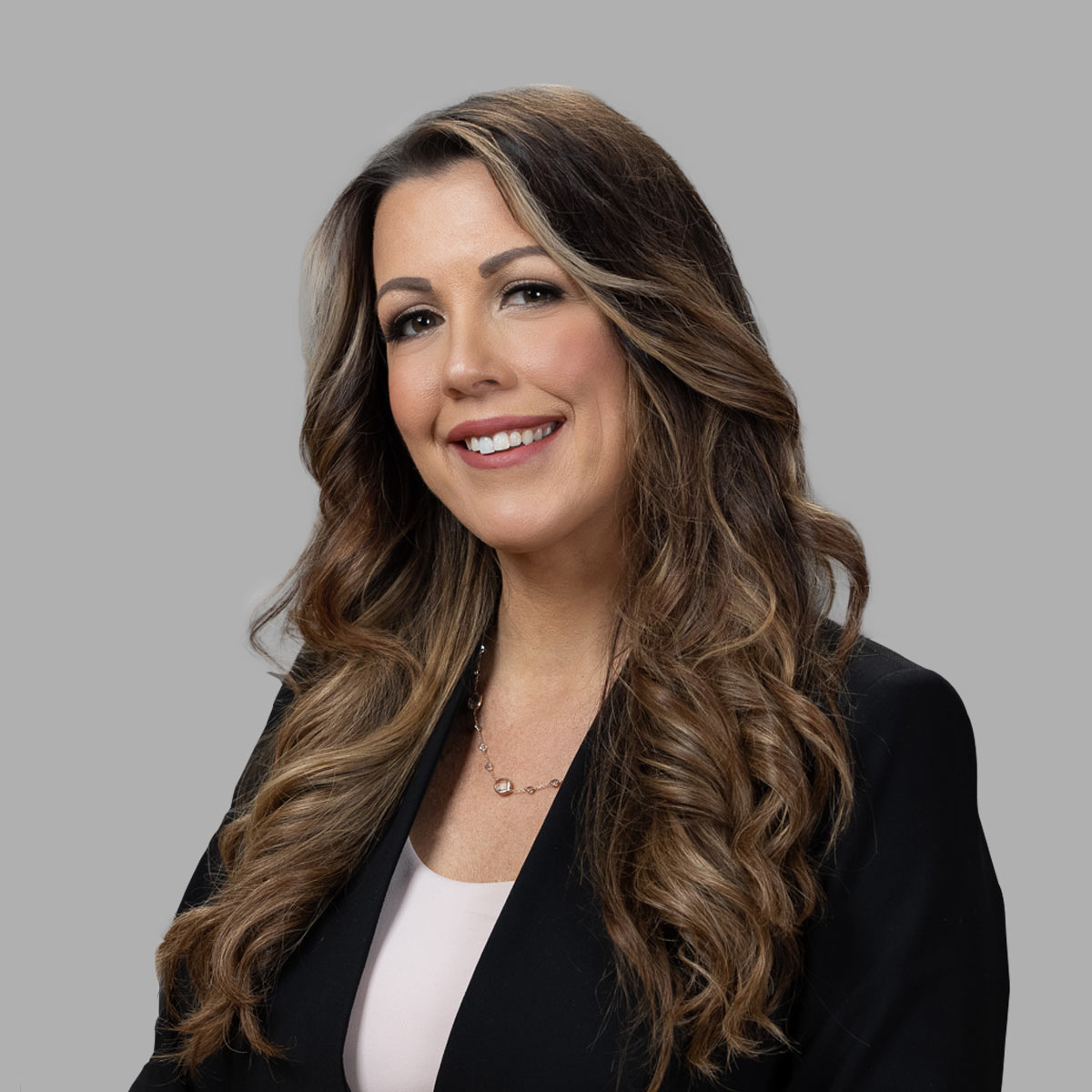 Ms. Paquette joined Reliant in 2010 and is responsible for managing partner relationships for both new and existing partners. Her deep knowledge of the debt settlement industry is critical in working with our partners in growing their businesses and is invaluable in managing their success. She's based in Knoxville, Tennessee and works from our corporate office. 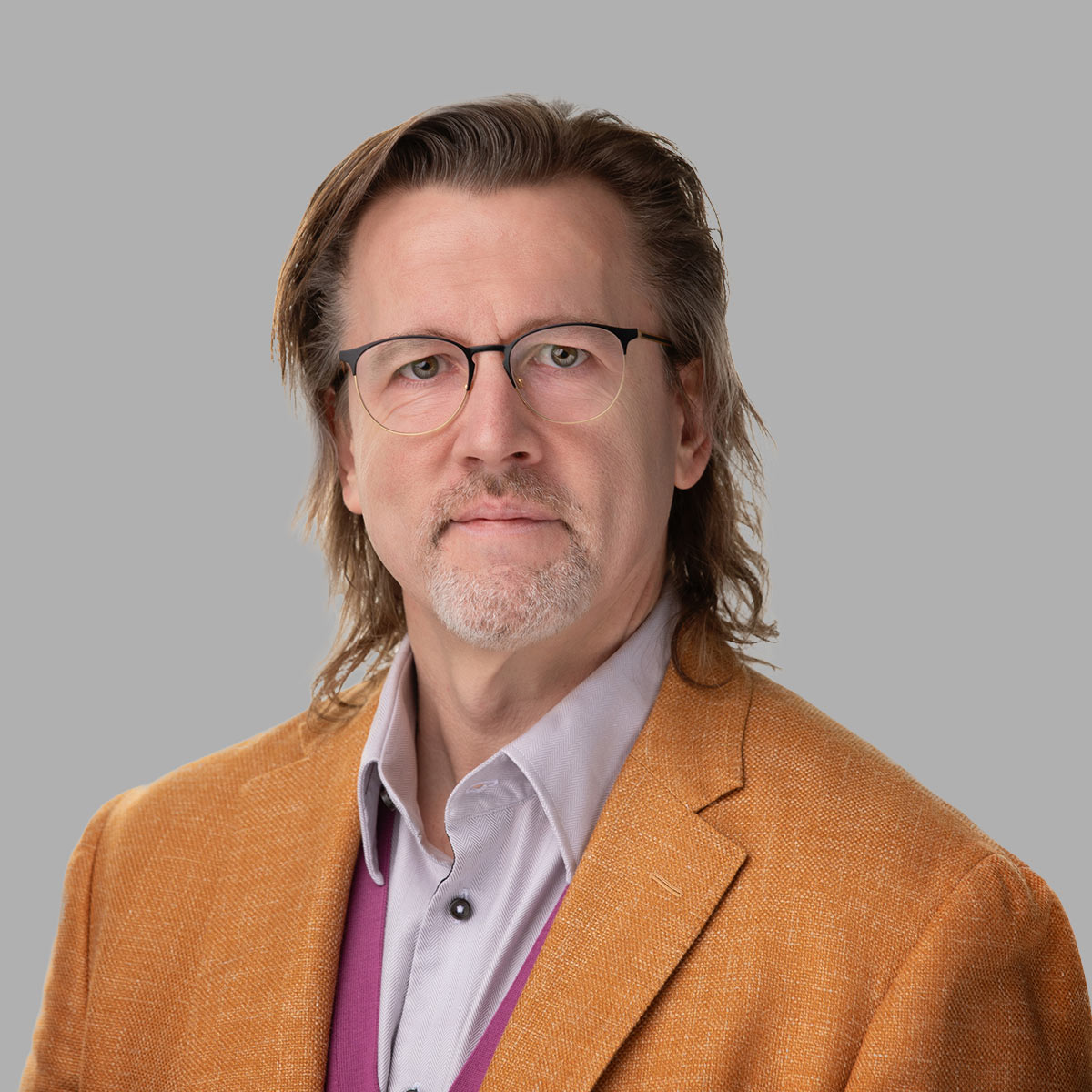 Mr. Mullis began working with Reliant in 2009 and is responsible for planning and developing all its line-of-business applications. He has twenty-two years of web application and database experience and is responsible for system development and maintenance, integrating customer-facing technologies, and working with the management team to develop long-range business opportunities. He works closely with accounting to ensure reconciliation with multiple financial institutions and with operations to help keep Reliant operating efficiently for internal users and clients. Mr. Mullis is a graduate and double major of Purdue University with both a Bachelor of Science in Professional Writing and Political Science. 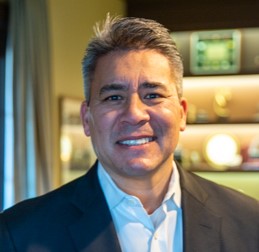 Mr. Schumann joined Reliant in April 2021 as our Senior Vice President of Sales & Marketing. He's an experienced, President’s Club winning®, C-level, technology sales & marketing leader with an entrepreneurial spirit, a passion for developing people & processes and has a well-documented, track record of success. During his 17-year tenure at ECSI, he helped grow the company from the smallest campus-based, student loan billing servicer, IRS 1098-T tax form processor and delinquent account receivable management solution provider into the largest in the country. Mr. Schumann is a graduate of the University of Pittsburgh with a Bachelor of Arts in Business Management and is based in the Greater Pittsburgh area.